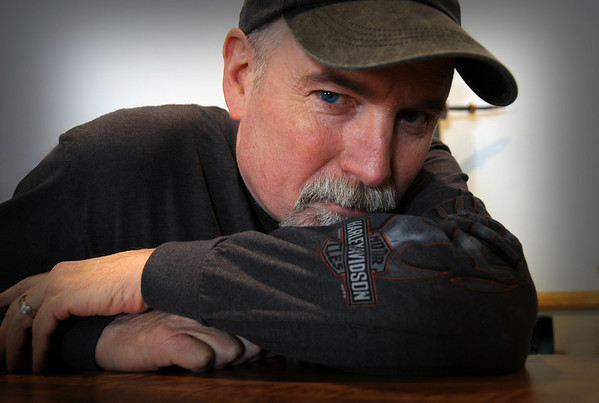 Ricky Tims (www.rickytims.com and www.facebook.com/rickytims) is primarily devoting this site to his enjoyment of photography and desire to share images that endeavor to elicit emotion, impression, surprise, and expression. While his passion for photography is growing, his life has been dedicate to music and his career (since 1998) devoted to contemporary quilting.

His skills as a pianist, composer and producer have been evident by the thousands who have heard his music. His success as a quilter is remarkable. He is known in the international world of quilting as a best-selling author, enthusiastic and encouraging teacher, an award-winning quilter, fabric designer, and a talented and spellbinding speaker. His innovative and entertaining presentations, feature live music and humor combined with scholarly insights and wisdom. His quilts have been displayed worldwide and are highly regarded as excellent examples of contemporary quilts with traditional appeal.

Ricky's quilts have won numerous international awards. He began designing and making quilts in 1991 and was recently named as one of The Thirty Most Distinguished Quilters in the World. In 2008 he was profiled and featured on the popular television news show, CBS News Sunday Morning with Charles Osgood. In 2009 he was selected (in a three-way tie) by the readers of Quilter's Newsletter Magazine as The Most Influential Person in the Quilting Industry.

He maintains an extensive international schedule of teaching and speaking engagements and is co-founder and co-host of The Quilt Show (www.thequiltshow.com) with Alex Anderson and Ricky Tims - an interactive quilting website and online, subscription-based TV show for quilters. He presents three-day Ricky Tims Super Quilt Seminars in select cities throughout the United States and holds week-long La Veta Quilt Retreats at his art quilt studio in tiny mountain town of La Veta, CO. In 2010, he and Alex Anderson started a new quilting lifestyle magazine called The Quilt Life (published by AQS). He is challenged by creativity in all forms, and encourages individuals to cultivate self-expression, reach for the unreachable, and believe in the impossible.

While his quilting experience began in 1991 at the age of thirty-five, he has had a lifelong passion for music. He began formal music lessons at the age of three. He is a pianist, conductor, composer, arranger, music producer, and performing artist. His music is neither classical, new age, pop nor world, and yet it could fall under any of those classifications. Sacred Age (2006) features solo piano infused with Native American instruments, string orchestra and vocal orchestrations. It was created to suggest the beauty, majesty, and spirit of the Spanish Peaks region of Southern Colorado. Christmas In a Small Town (2009) is a dynamic holiday recording that features original music and unique arrangements of timeless Christmas classics. Ricky's music has wide appeal for a diverse audience has been described as “George Winston meets Carlos Nakai meets Yanni.” Ricky is proud to have implemented and conducted the 1998 concert When We No Longer Touch featuring the St. Louis Voices United Chorus and members of the St. Louis Symphony Orchestra. Passage, the CD recording of this unique concert was released in December 1998. He has also produced several solo piano recordings.